Max2Play > Knowledgebase > How to use the Plugins > Pluginbuilder: Script-Autostart on Boot with Systemd

There is a simple way to integrate a script which autostarts when booting your device. You can define which other scripts should get executed during booting. All the configuration and scripts can be edited and managed in the Plugin Builder.

Download the latest version of the Pluginbuilder, then choose the Systemd-Script from the drop-down menu. 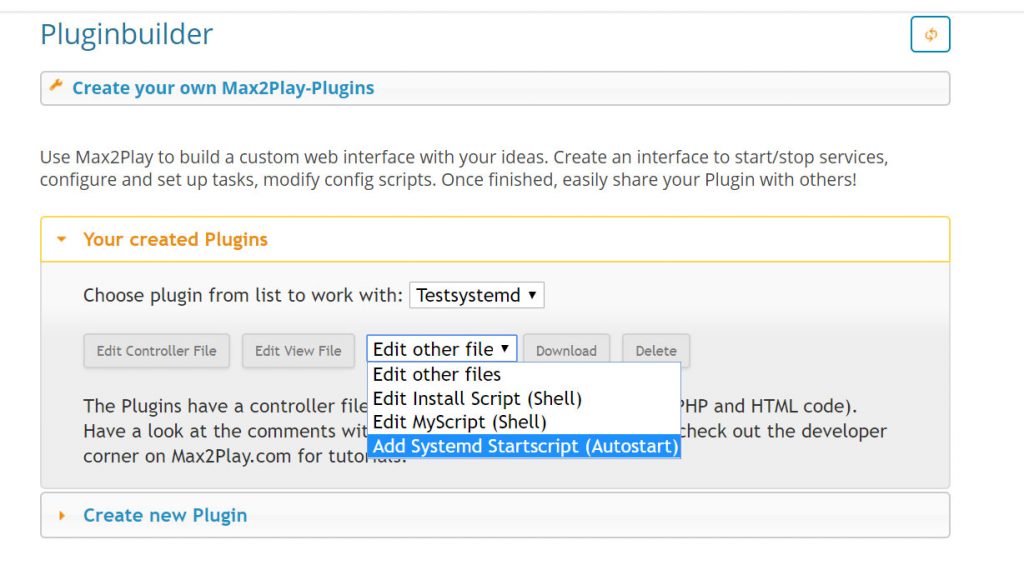 Copy this part of the code and paste it into the install.sh (without the „###“ on each line), so that the Systemd-Script gets executed on startup. 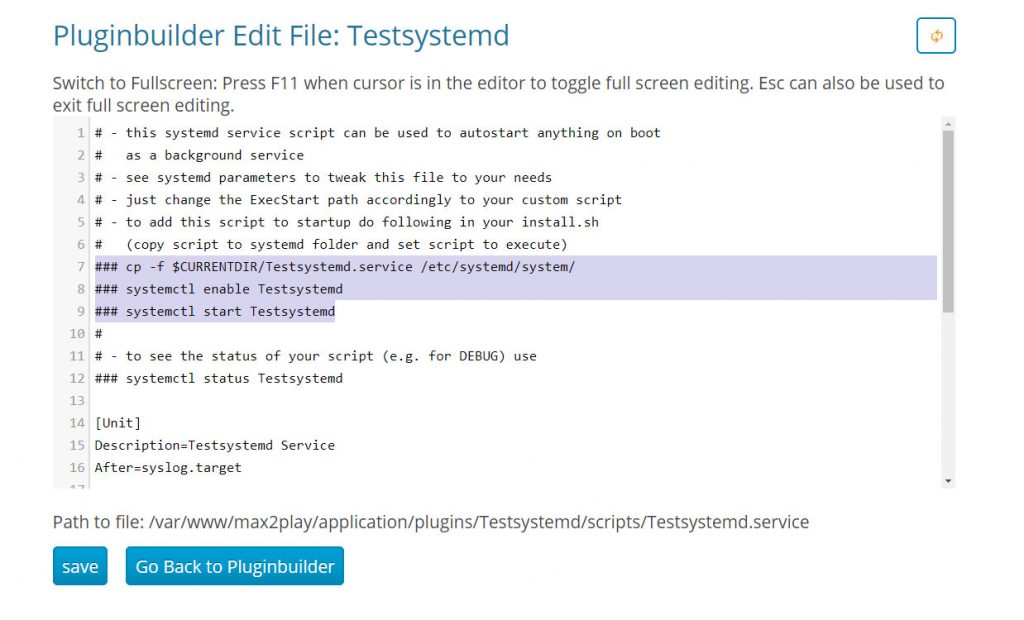 This is the path of the script which gets executed on startup through the Systemd-Script. You may change this or other parameters to your needs. 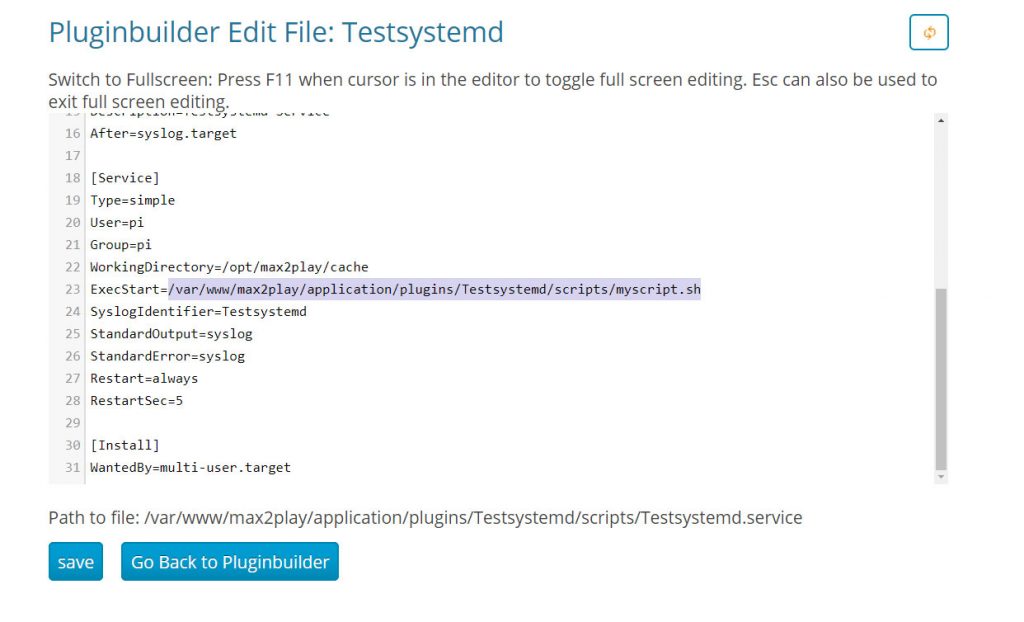 Click on Save. You’re chosen scripts will now autostart when booting your Max2Play device.

Don't forget to check out our special How-To section where we have prepared a set of instructions on how to realise several projects. For further questions please visit our forum. Thank you!